Authored by Jennie Taer via SaraACarter.com,

“When Parler was taken offline in January by those who desire to silence tens of millions of Americans, our team came together, determined to keep our promise to our highly engaged community that we would return stronger than ever,” Meckler said in a statement, per The Hill.

“Parler is being run by an experienced team and is here to stay. We will thrive as the premier social media platform dedicated to free speech, privacy and civil dialogue,” Meckler continued.

The company did not reveal which web service will host Parler, saying instead that it is now “built on robust, sustainable, independent technology.”

“We are off of the big tech platform, so that we can consider ourselves safe and secure for the future,” Meckler said.

He added that the app will utilize artificial intelligence and human editors to crack down on illegal speech, but will remain true to its censorship-free mission.

The site is expected to preserve all previous user data, according to sources close to Parler who spoke with SaraACarter.com. 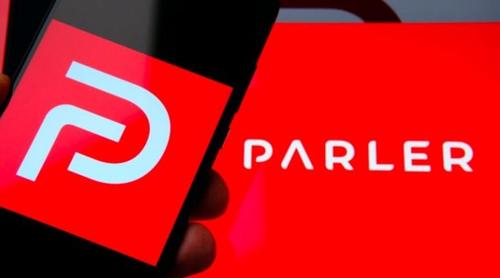 “Cancel culture came for us, and hit us with all they had,” Parler shareholder Dan Bongino told Just the News Monday.

“Yet we couldn’t be kept down. We’re back, and we’re ready to resume the struggle for freedom of expression, data sovereignty, and civil discourse. We thank our users for their loyalty during this incredibly challenging time.”

Parler first went offline in early January when Google Play, Apple, and Amazon dropped the application from its hosting platforms in the wake of the Jan. 6 Capitol attack.

However, it’s unclear if the Apple App Store will host the platform with the new changes. Apple didn’t immediately respond to this reporter’s request for comment.