Does Elon Musk Own $3 Billion In Dogecoin?

Does Elon Musk Own $3 Billion In Dogecoin?

Authored by Jamie Redman via Bitcoin.com,

Ever since the infatuation between Elon Musk and the meme-based cryptocurrency dogecoin, a number of people have looked at the asset critically. News.Bitcoin.com recently reported on the mysterious dogecoin wallet that absorbed more than 27% of the coin’s supply since February 6, 2019. This week, the dogecoin wallet with $3 billion worth of the crypto asset has been creating odd transactions with binary messages, further adding to the speculation that the address might be Musk’s wallet. 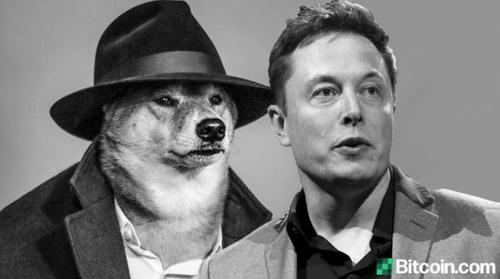 The cryptocurrency dogecoin has catapulted seeing ‘much value’ and shibes everywhere have been saying “wow.” The current CEO of Tesla, Elon Musk, has been one individual who has created a lot of hype around the meme-based crypto asset.

But Musk hasn’t been the only one, as people have placed signs in Times Square in New York telling people in the city they should “buy DOGE.” On social media, there are many dogecoin fans shilling the token relentlessly in an attempt to get the price to $1.

In addition to the growing popularity of dogecoin, news.Bitcoin.com recently reported on the billion-dollar DOGE address that consumed over 27% of the entire supply since 2019.

A touch over a month later, after the address received its first transaction on February 6, on April 2, Musk said: “dogecoin might be my fav cryptocurrency” Since then, the dogecoin address has managed to gather around 36.8 billion DOGE worth $3 billion today. In more recent days, speculators have assumed that the billion-dollar dogecoin address belongs to the Tesla founder.

Then on Reddit, via the subreddits r/cryptomarkets and r/dogecoin, people have been discussing the mysterious address once again. People have begun to notice that the owner of the address has been sending odd transactions, some of which can be transcribed into binary code. 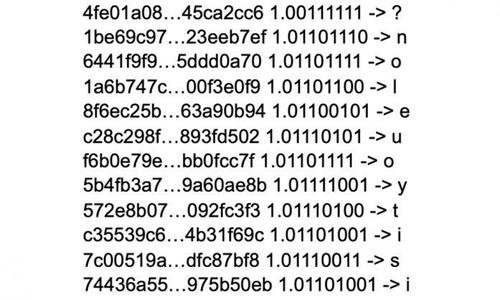 One person who tried to figure out the binary code message said he couldn’t translate it, and that a lot of it was “gibberish.” Others discovered that one set of transactions displayed Elon Musk’s birth date. Some people have found messages being sent to the large address as well, asking if the wallet belongs to Musk. There are also a few assumptions from speculators who believe the address may belong to the exchange Robinhood.

While trying to decipher a message one Redditor wrote:

It’s not gibberish, I’ve gone through some of it and already found this: ?NOLEUOYTISI

‘One Coin to Rule Them All’

Moreover, on Wednesday, Musk then tweeted about the meme currency again in another tweet that involved his baby son named “X Æ A-12.”

“Bought some Dogecoin for lil X, so he can be a toddler hodler,” Musk tweeted to his followers with a video of his boy. Additionally, Musk tweeted a meme that said “one coin to rule them all,” with a picture of the hobbit’s ring from the J. R. R. Tolkien story “The Lord of the Rings.”

Frodo was the underdoge, All thought he would fail, Himself most of all.

A lot of bitcoin proponents have been addressing the fact that Musk has been tweeting an awful lot about dogecoin (DOGE), but in the end, Tesla purchased bitcoin (BTC) for its balance sheet. To many people, this observation is meaningful and to others, specifically DOGE fans, it is not.