President Joe Biden’s nominee to be chairman of the Securities & Exchange Commission, Gary Gensler, who we profiled here and is referred to as “the sheriff”, could have a net worth between $41 million and $119 million.

Gensler was previously the chairman of the CFTC and a partner at Goldman Sachs. He disclosed his net worth as part of disclosures he had to file with the Office of Government Ethics, Bloomberg noted on Friday. A majority of his money was made at Goldman, where he joined in the late 1970’s after graduating from the University of Pennsylvania. He became one of the youngest partners in Goldman Sachs history.

Gensler’s largest holding is a stake worth $25 million and $50 million in the Vanguard Total Stock Market ETF. He also disclosed that he had between $50,000 and $100,000 in capital gains from holding shares of Tesla, the only stock that is listed individually on his disclosures. He has since sold the position.

He also disclosed that he will participate in a benefit plan from Goldman Sachs which is expected to pay out $977 per month starting at age 71. 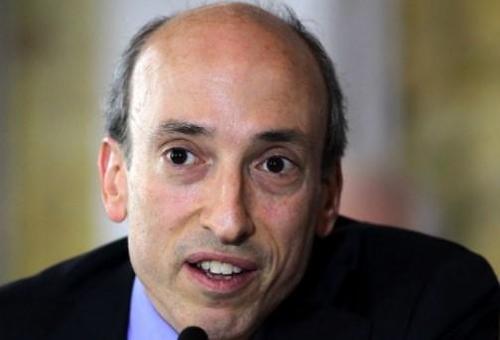 Recall, we wrote about Gensler’s nomination in mid-January.

His arrival will likely be a stark difference from the last 4 years of Jay Clayton, as Gensler’s resume includes going to war with major financial titans when he was head of the Commodity Futures Trading Commission – and winning. Financial lobbyists sometimes simply called him “the enemy” during the 2010 Dodd-Frank Act battle.

Justin Slaughter, a consultant at Mercury Strategies, said: “The sheriff is coming to the preeminent financial regulator in the world. It means regulation and enforcement are about to get much tougher.”

When he arrives at his post, Gensler will not only have to deal with a Fed-induced stock market mania, but also tensions with China and the growth of private equity.

Graham Steele, who served as an aide to Senator Sherrod Brown of Ohio, said: “He developed a reputation for being adversarial to Wall Street because he came from the industry and understood the business so he could push back against their arguments when they were hollow.”

Ian Katz, an analyst at Capital Alpha Partners in Washington, commented: “What’s really unnerving to a lot of people is that it’s pretty clear that he doesn’t need them. He doesn’t need to go back there for a job, he’s made his money. He’s not terribly interested in who he ticks off or not and that’s very powerful.”