Peter Schiff: The Fed Has Handed The US Government A Blank Check

Peter Schiff: The Fed Has Handed The US Government A Blank Check

On Wednesday, Federal Reserve Chairman Jerome Powell called for a “society-wide” commitment to reaching full employment, calling for “contributions from across government and the private sector.” He said getting people back to work would require “continued support from both near-term policy and longer-run investments.” He also dismissed concerns about debt saying the focus needs to be on the economy’s immediate needs. As Peter Schiff put it in his podcast, Powell handed the US Treasury a blank check. 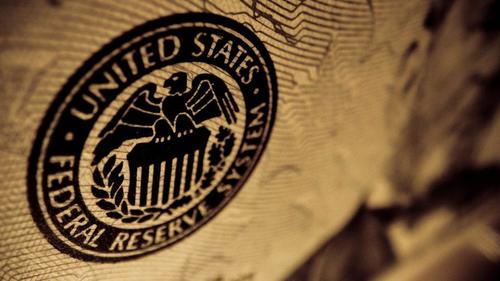 Peter said Powell’s comments were among some of the most dovish he’s ever heard.

I know I’ve said that before, except every time Powell speaks, he exceeds his prior level of dovishness. So, he’s getting more and more dovish as time goes by.”

The markets didn’t show much response to Powell’s comments. Peter said that leads him to believe that a lot of people still don’t understand the significance of what Powell is saying.

Powell was most revealing during the Q&A. He took a number of questions about inflation. As Peter noted, there are signs of exploding prices everywhere. But Powell said he’s not worried and doesn’t see signs of significant inflation.

To me, to ignore all of these signs and not say, ‘Well yes, it is a bit concerning. We are maybe seeing signs of maybe a bigger pickup in inflation than we’re comfortable with.’ — He can’t say that because the markets would be scared that he might raise rates. So, what Powell is doing is throwing cold water on the idea that the Fed might do something to respond to an inflation threat. Because if the Fed claims that there is no inflation threat, well then you don’t have to worry about the Fed doing anything about it. Which is what I think is the important tell from the conversation … is that the Fed doesn’t care. Because clearly, it should be worried about inflation. The fact that it’s not shows you it’s more worried about having to fight inflation than inflation itself.”

The bottom line is the Fed is not going to fight inflation because it can’t.

One reporter noted that we have record deficits but we don’t have record interest payments on the debt because interest rates are so low. But what might happen if rates rise? The Fed typically pushes rates up in response to inflation. Would Powell take that the national debt into consideration? Powell said absolutely not – the central bank would never take the deficit into account when formulating monetary policy. Peter said he doesn’t believe what Powell is saying.

I don’t believe it for a minute because that’s the very reason the Fed has to pretend there is no inflation, because they can’t raise rates because they know the US government can’t pay the higher bills. But I think Powell was afraid of being honest about saying, ‘Yeah, you’re right. We are going to take into consideration the fiscal box that the US government is in. We’re not going to allow interest rates to rise because of the enormity of the debt, because we know we would put the government in a fiscal box where it wouldn’t be able to service the debt, and then it would either have to have massive cuts in government spending, big tax increases, or default on the debt. And we at the Fed, you know, we’re working in cooperation with the US government and the Treasury. We would never want to put them in that position.’

See, Powell can’t say that. Because if he actually admitted that the Fed was on hold indefinitely, that the Fed was actually in this box, that it can’t fight inflation no matter how high it gets because the US government couldn’t pay the interest on the bonds … if the Fed actually admitted that, well then the dollar would crash. Gold would go through the roof. So, Powell has to try to lie and pretend that he’s going to make these decisions without thinking about the impact it has on the US government.”

And you can’t help but realize Powell is lying because he contradicted himself in his own Q&A when he was talking about the balance sheet.

He was quick to make clear the Fed isn’t thinking about shrinking the balance sheet. He went on to say that the balance sheet will be no larger than what it has to be in order for the Federal Reserve to satisfy the demand for “our liabilities.” And what are the Fed’s liabilities? US dollars. Powell is basically admitting the Fed is going to satisfy the demand for dollars.

And where is the demand for US dollars going to come from? The US government. It will need trillions of dollars in order to pay for all of the stimulus programs the Biden administration has in the works (and that Powell fully supports).

What Powell was saying is ‘well we’re going to make sure that our balance sheet is big enough to satisfy whatever demand there is for our liabilities.’ So, he’s basically giving the US government a blank check to say, ‘Look, borrow whatever you want. Spend whatever you want, because the balance sheet is going to accommodate you. We are going to print as much money as we have to so that we can satisfy all of your demands for dollars.’ Now, you would not make a statement like that if you are not considering the ability of the government to service its debts when you were conducting your policy.”

Simply put, Powell cannot simultaneously satisfy the government’s demand for dollars and ignore the impact that raising interest rates would have on the very debt that it’s enabling.

You can’t on the one hand say that you’re going to print all the dollars that the US government wants to spend and then say you’re not considering the impact of your interest rate movements on the federal budget. Of course, they are. Because he just basically said we’re going to be a blank check for the federal government.”