The Number That Blows Up The World, “Everything Bubble” Edition

The Number That Blows Up The World, “Everything Bubble” Edition

Authored by John Rubino via DollarCollapse.com,

We’re deluged with numbers these days, many of them huge, ominous departures from historical norms. But one matters more than the others. To understand why, let’s start with some history.

In the 1960s the US entered the expensive and divisive Vietnam War, while simultaneously creating major entitlement programs including (also very expensive) Medicare. In the 1970s, commodity prices, led by oil, started to rise due in part to the billions of new dollars sloshing around in the world, and in part to Middle East turmoil.

The above combined to produce rising inflation and a falling dollar, wreaking havoc in the foreign exchange markets and raising doubts about the viability of the dollar as the world’s reserve currency. It was a huge mess.

But the US recognized the gravity of the situation and, led by Federal Reserve chairman Paul Volcker, responded aggressively by jacking up interest rates to double-digit levels. The Fed Funds rate hit nearly 16% in late 1979.

This spike in interest rates, not surprisingly, sent the economy into recession in 1981 and shaved about 25% from the S&P 500. 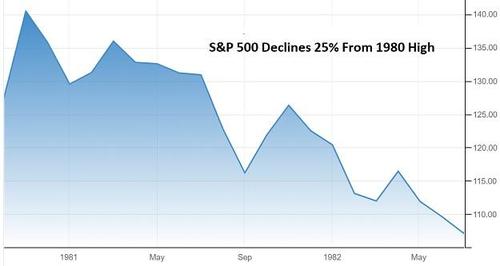 But the harsh medicine saved the patient. Higher interest rates attracted global investment capital to the US and squeezed inflation out of the system. After falling by 29% versus the world’s other major currencies in the 1970s, the dollar went back to being the world’s rock-solid reserve asset in the 1980s. And the economy recovered and began a long run of mostly good times that culminated in today’s epic bull market. 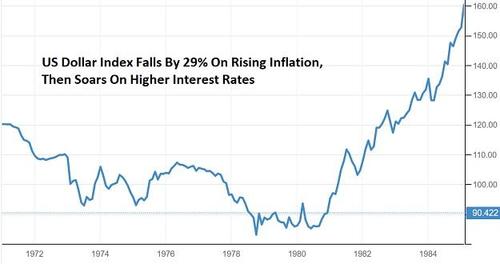 The lesson? There is a fix for rising inflation and financial instability: higher interest rates. But unfortunately, we no longer have that tool. In the 1970s, monetary chaos notwithstanding, the US was actually in pretty good financial shape. The debts of governments, corporations, and individuals were all very low by today’s standards, which means higher interest rates could claim fewer over-leveraged victims while enriching savers with rising interest income.

Today the opposite is true. Debt is at record levels in every sector of every major country. “Zombie” companies and governments that can only survive with new credit are everywhere. Raising interest rates to 1980 levels would bankrupt pretty much everyone and bring down the curtain on today’s credit-driven world.

Luckily, inflation is nice and low, so we don’t have to resort to 1970s-style monetary policy, right? Well…that’s the thing. A growing number of credible people are starting to predict higher inflation, as industrial commodities join stocks, bonds, and real estate on upward sloping price curves. Here’s JP Morgan, as reported by Zero Hedge:

Having dabbled in the fields of viral epidemiology and presidential polling, JPM quant Marko Kolanovic is set to conquer yet another “cross-asset”: commodities.

Two days after Dylan Grice published an article “The Stage is Set for a Bull Market in Oil”, with various commodities around the world soaring, and the price of oil up a stunning 64% since November, today Marko Kolanovic made a bold prediction – that the world has entered a new commodity supercycle: 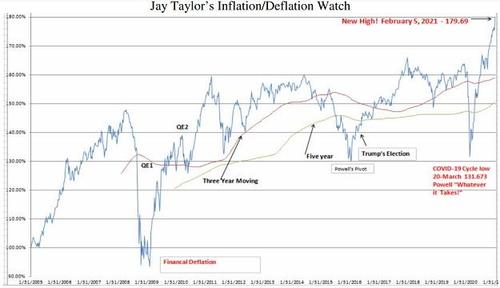 Which brings us to “The Number” promised in the title of this post. That would be the yield on the 10-year Treasury bond, which has taken the place of the Fed Funds rate as the indicator from which all things financial take their cue. It’s been rising lately, and if it moves from a 1 handle to 2 or higher, that will set lots of things in motion, including the aforementioned mass-bankruptcy. So let’s say a yield of 3% is the number that blows up the world.

Seen this way, the current environment is similar to 1977, a time of rising but not yet runaway inflation, in which the mood is just beginning to shift from complacency to concern. Not yet alarm, and certainly not yet panic. But those things will come unless inflation and its attendant instability are quickly reined in.

This time we’ll just have to do it – somehow – without raising interest rates or cutting government spending. It will be interesting to see how that goes – and how people react when whatever else we try doesn’t work.