As Friday begins, the global focus pertaining to the ongoing COVID-19 pandemic shifts to Melbourne, where the Australian Open Tennis Tournament is in jeopardy due to an outbreak linked to a quarantine motel. 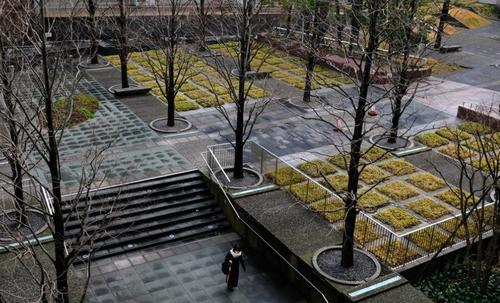 Though Australia‘s numbers have been consistently low, the country has imposed several lockdowns that have more or less succeeded in stamping out the virus.

But the outbreak of this latest quarantine hotel in Melbourne, the capital of Victoria state, reached 13 cases as of Thursday midnight, as authorities rushed to quash the spread, which was linked to the highly contagious UK variant.

A similar scenario played out in the UK, and in South Africa. Victoria Premier Daniel Andrews announced the lockdown for the state, starting at midnight on Friday, calling it a “short, sharp circuit breaker”. He banned public gatherings, home auctions, weddings and religious gatherings, the standard techniques for a lockdown

Victoria Premier Daniel Andrews announced the lockdown for the state, starting at midnight on Friday, calling it a “short, sharp circuit breaker” banning public gatherings, home auctions, weddings and religious gatherings. In other news, Iran’s coronavirus cases surpassed 1.5 million on Friday. U.S. hospitalizations for the coronavirus plunged about 16% so far in February, dropping to the lowest since mid-November.

In the US, the trend of falling cases, hospitalizations and deaths continues.

Japanese Economy Minister Yasutoshi Nishimura told a government advisory panel that it’s necessary to maintain a state of emergency for 10 areas of the country, including Tokyo and Osaka, if Japan wants to defeat its outbreak in time to host the summer Olympics

Just as importantly, regulators in Japan decided that they would speed up the vaccine-approval process.

The world teeters on the brink of 108MM cases, the rate of new cases, hospitalizations and deaths in the US continues to decline. 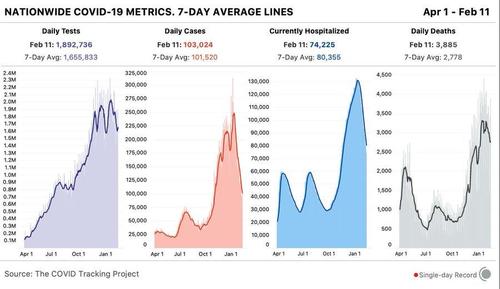 Here’s some more COVID news from the past day: