Two weeks ago, when the world was still gripped by the Gamestop euphoria, we predicted that it was only a matter of time before the daytrading army set its sights on not just shorted companies but the universe pennystock/microcap/illiquid names. We then ran a screen focusing that highlighted two specific names: SRMX and KYNC, to wit:

The results were interesting: while most companies from the two screens overlapped – including GME, BBY, ANC, FIZZ, DDS, GOGO, SRG and so on, there were also some even smaller companies that we never noticed initially… 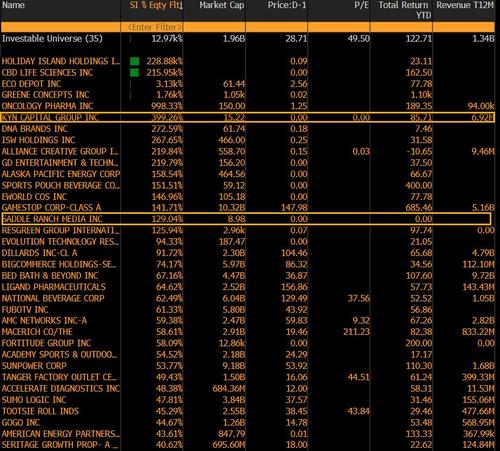 …. such as Saddle Ranch Media (SRMX) – whose stock costs one-hundredth of a nickel (probably for good reasons) and which “is a diversified media and entertainment company operating three divisions: Saddle Ranch Digital, Saddle Ranch Film, and Saddle Ranch TV”, and KYN Capital Group (KYNC) – a “capital-finance leasing company”  and both of which are pink sheet, microcap companies – the first has a market cap of just $9MM and, according to Bloomberg, a short-to-float ratio of 129%, or just below that of Gamespot… 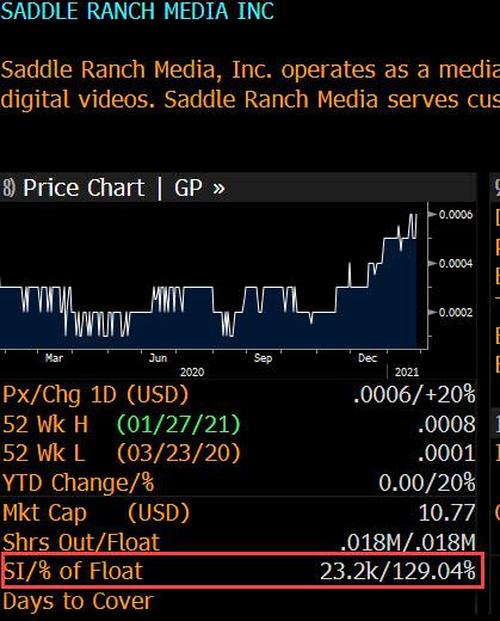 … while KYNC is a $15MM microcap, which according to BBG has an even more ridiculous 399% SI/Float ratio. 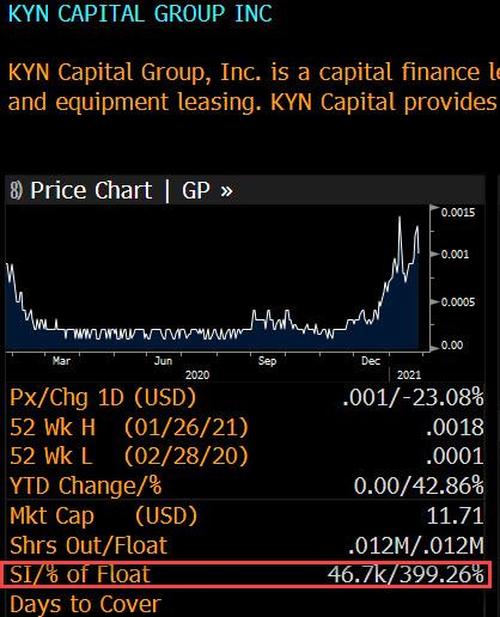 As a note: these are certainly “worthless” stocks and are trading where they are trading for a reason… but as the events in the past few days have shown, none of that actually matters in a bubble where the only thing that does matter is flow of capital.

… and private twitter account (open to subs) we decided to take a look at how these two names have performed since we highlighted them and the result was stunning. As of this morning KYNC has more than doubled, but it is SRMX that is the winner, with the stock up a whopping 2800%. 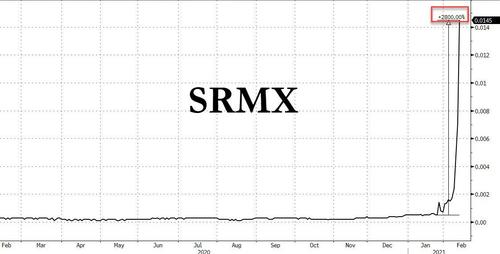 Putting this move in context, it took Gamestop about a month to rise 2,500% from mid-December, so we already have a new champion – an arguably worthless pennystock has managed to significantly outperform the biggest meme stock of all time. 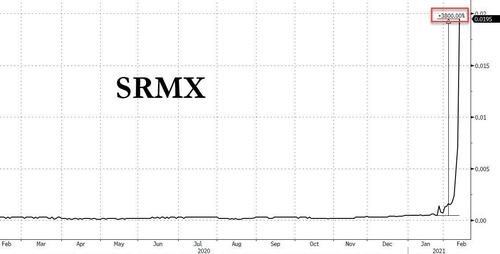