After two mediocre coupon auction earlier this week, the Treasury closed off the refunding week with the sale of 30Y paper in an auction which tied the previous record at $27 billion… 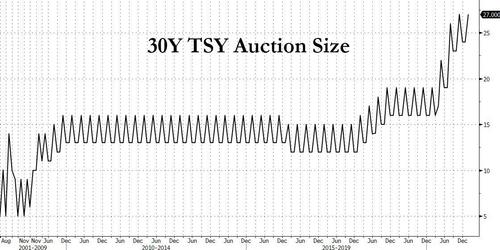 … yet which was subpar in virtually every category.

Hinting at a lack of investor demand was the sharp drop in the bid to cover which slumped from 2.472 to 2.176, far below the 2.33 recent average and the lowest since August.

The internals were just as ugly with Indirecst sliding to just 60.5% from 68.6% a month earlier, which was below the 63.5% recent average and the lowest since August. And while Directs were almost unchanged at 17.3% from 17.2% last month, Dealers were left holding 22.2% of the auction, the highest takedown since October’s 23.0% 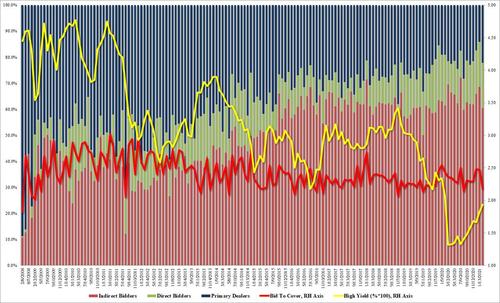 Overall, an ugly auction and a departure from the solid buyside demand observed in this week’s 3Y and 10Y auctions, in what may be the latest indication that bond buyers are starting to fret about rising inflation. In response, the long-end of the bond curve puked, with the yield on the 10Y rising to session highs of 1.16% before retracing some of the losses. 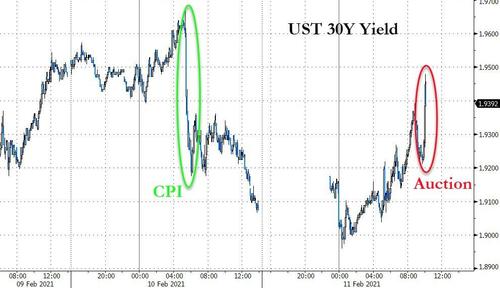