Controversy has erupted over a Hollywood double-standard, after two stars of Disney+’s The Mandalorian made Nazi and Holocaust analogies, for which Lucasfilm fired the conservative one. 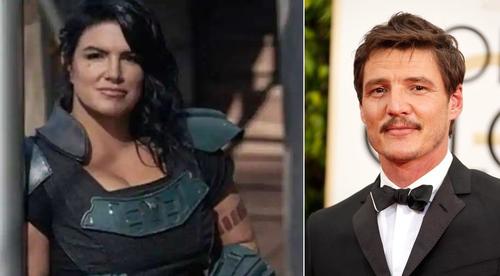 In the first instance, Mandalorian star Pedro Pascal made a now-deleted Instagram post in November likening Trump supporters losing the 2020 election to the Confederacy and Nazi Germany losing in 1865 and 1945. 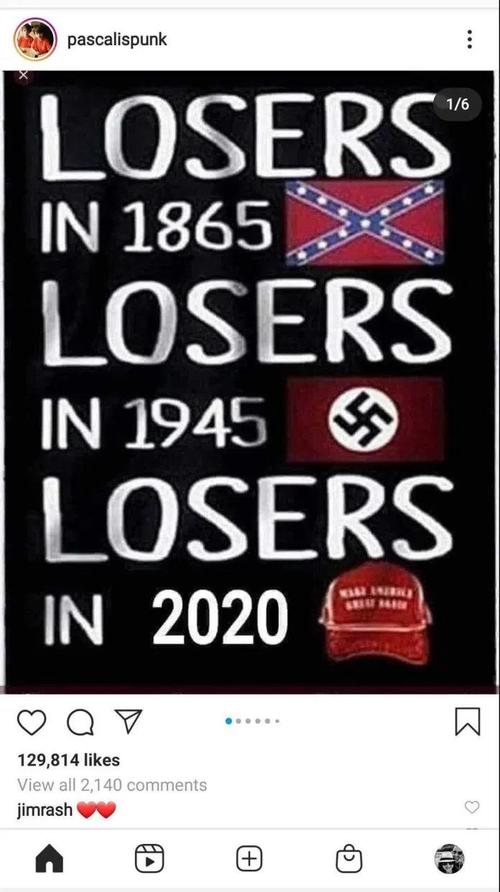 In June of 2018, Pascal compared Jews in a Nazi concentration camp to ‘children in cages’ using a 2010 photo of Palestinian children waiting to be fed at a soup kitchen. 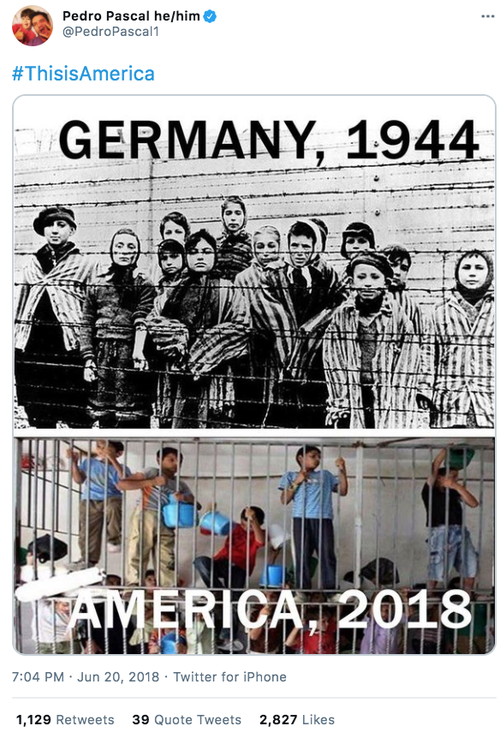 Yet, this week Mandalorian actress Gina Carano – who played former Rebel Alliance soldierCara Dune – was fired from the show and dropped by her agency after she shared a TikTok post comparing the current divided political climate to the treatment of Jewish people in pre-WWII Germany, saying that “the government first made their own neighbors hate them simply for being Jews.”

“Jews were beaten in the streets, not by Nazi soldiers but by their neighbors…even by children. Because history is edited, most people today don’t realize that to get to the point where Nazi soldiers could easily round up thousands of Jews, the government first made their own neighbors hate them simply for being Jews. How is that any different from hating someone for their political views” 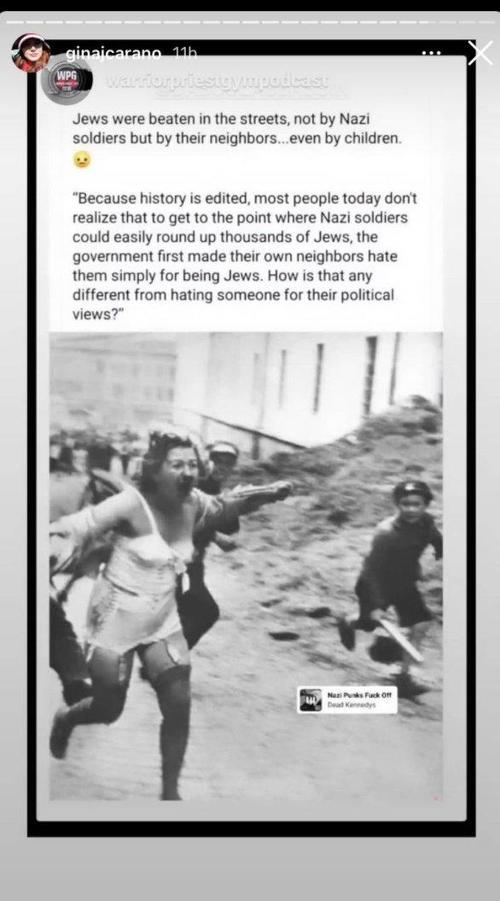 Gina Carano putting boop/bop/beep in her name after the Twitter mob was angry she wouldn’t put her pronouns in her bio will always be legendary pic.twitter.com/fRFUGmYLUY

“Gina Carano is not currently employed by Lucasfilm and there are no plans for her to be in the future,” said a Lucasfilm spokesperson in a statement. “Nevertheless, her social media posts denigrating people based on their cultural and religious identities are abhorrent and unacceptable.”

Carano also mocked wearing masks amid the pandemic, which received over 40,000 ‘likes’ on Twitter.

In addition to Lucasfilm firing her, Carano was also dropped as a client by her agency, UTA, according to The Hollywood Reporter.

“They have been looking for a reason to fire her for two months, and today was the final straw,” said one source with knowledge of the situation.

According to sources, Lucasfilm planned to unveil Carano as the star of her own Disney+ series during a December investor’s day presentation but scrapped those plans following her November tweets. Multiple Mandalorian spinoffs are in the works from executive producers Jon Favreau and Dave Filoni, including Rangers of the New Republic, which could have potentially starred Carano. –The Hollywood Reporter.

The hypocrisy of firing Carano while keeping Pascal for the same thing has not gone unnoticed:

The hypocrisy is the point. pic.twitter.com/JzZqXtVrVG

#CancelDisneyPlus is the number 1 trend nationwide as fan backlash to the firing of @GinaCarano continues pic.twitter.com/CQ5TACowOO

Comparisons to Nazi Germany are okay with Lucasfilm so long as they’re used to attack the right @ginacarano wasn’t fired for that post — it was a purely tribal culling and they’d clearly been looking for a way to get rid of her for a long time pic.twitter.com/H6jvsxcH3F