A Texas apartment boom began at over a decade ago. It has recently picked up steam with Dallas, Austin, Houston, and San Antonio leading the way. 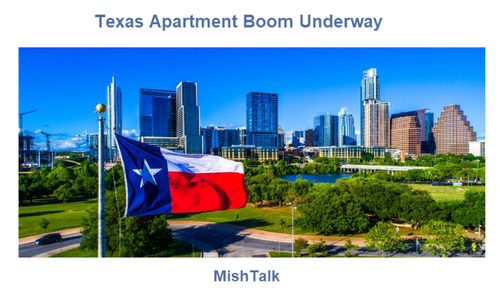 I asked the RentCafe where Texas stood nationally. Here are the results. 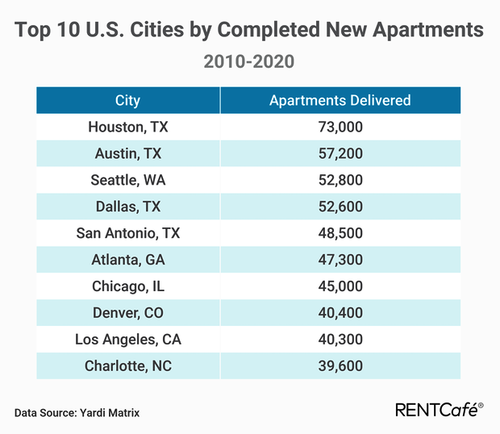 That is completed apartments for the past ten years. The boom has accelerated.

There are 126,900 apartments currently under construction in Texas.