For Restaurants, The Stimulus Effect Starts Wearing Off

For Restaurants, The Stimulus Effect Starts Wearing Off

By Jonathan Maze of Restaurant Business,

January started off remarkably strong for many restaurant chains, largely for one big reason: The government was sending people cash.

Not surprisingly, that impact is waning. 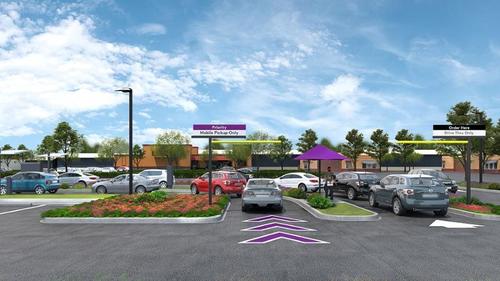 According to Black Box Intelligence, same-store sales and traffic growth has been slowing ever since starting off “very strong” in the first week of the year, though the industry is still performing better thus far in 2021 than it did in 2020.

Much of that strength has come in quick-service restaurants and fast-casual chains that have largely recovered from the pandemic and have increased their sales more recently as consumers flocked to drive-thrus and ordered delivery. Family dining and fine dining have performed the worst.

The results back up comments from executives at publicly traded chains that have reported earnings thus far, suggesting that same-store sales in January have been strong—likely the strongest month since the start of the pandemic—yet the impact is slowing down.

Chris Turner, CFO of Pizza Hut, KFC and Taco Bell owner Yum Brands, noted that same-store sales at the company’s four chains, including Habit Burger, have been up in the “mid-teens” in January, “partly bolstered by the stimulus.”

But, he said, that “appears to be waning.”

But they, too, expect that to wane. “Because of the level of stimulus, certainly it is helping now in the short term. We’re a beneficiary of that,” CEO Chris Kempczinski said. “But the stimulus is going to roll off, and I don’t think we yet fully understand or have visibility to, as the stimulus rolls off, what is the underlying health of the consumer.”

Other companies have noted a surge in sales in January. Chipotle Mexican Grill was up 11% in the month. At Chili’s, same-store sales were up 2% outside of California and Illinois, where dining rooms were still closed. “It can’t hurt when the government throws significant dollars into the economy,” CEO Wyman Roberts said, according to a transcript on the financial services site Sentieo.

The strong month—stimulus or not—does give executives some confidence that the industry can more fully recover once more people receive the vaccines and dining rooms reopen for good. While the economy might be a potential problem, of course, reopening more restaurants could lead to a broader recovery.

This is particularly true as the government debates another round of stimulus payments that could send many Americans another $1,400, not to mention excess unemployment insurance checks, which could theoretically provide a bridge to a more open economy.

Consumers will always spend extra cash at restaurants. And stimulus payments have helped the industry recover more quickly from the pandemic than expected.

What’s more, it’s become clear that as dining rooms reopen consumers go out to eat more—the aforementioned Chili’s noted that, including California and Illinois its same-store sales were down 5% last month. Those states brought down the chain’s performance by 700 basis points. According to Black Box, areas with fewer shutdowns—the Southeast, Southwest and Texas—have performed better than those with more—notably California and New England.

Still, for now the impact of those cash payments is wearing off and industry sales are slowing again. That should be expected to continue until checks start reappearing.