Authored by Ashley Carnahan and Adam Sabes via Campus Reform,

The University of California-Berkeley imposed a “self-sequester” period through February 15 for all on-campus residents and is not allowing them to go to the store or even exercise outside alone. 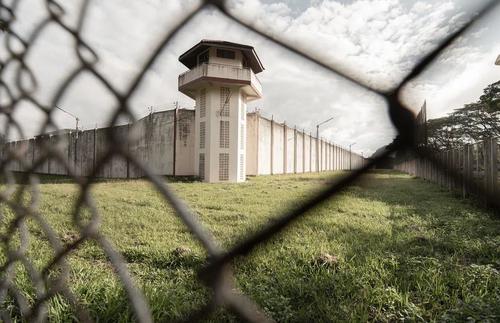 The strict quarantine measures, announced February 1 by university officials, limit students who live on-campus from leaving campus unless it’s an emergency, and require students to stay in their dorm room “as much as possible.”

“You are required to remain in your room as much as possible and wear a face covering while in all common areas, including bathrooms (unless brushing your teeth, washing your face, showering, etc.),” the announcement states.

The email states that students are allowed to leave their dorm in limited circumstances, such as “testing requirements, in case of emergency, and to obtain food.”

A follow-up announcement released February 8 clarified some of the requirements, and stated that students would only be allowed to pick up food at a kiosk that is located outside of their dorm hall. After students pick up their food, they are to “return immediately to [their] room.”

The second announcement states that students are “NOT” allowed to “leave [their] room for solo outdoor exercise.”

For students who want to use the communal restrooms in their residence hall, they can only do so when their is no one else in the restroom.

“You may only use the restroom when it is not occupied by another resident. Please try to determine whether or not someone is already in the restroom before you use it. This will help us reduce virus transmission,” the announcement states.

Students who violate the “sequestering” requirements could be subject to “serious residential conduct sanctions” such as “disqualified from housing and suspended from the University,” according to the announcement.

Students are encouraged to report violations of the guidelines by other students.

Megan Wang, a sophomore at UC-Berkeley, told Campus Reform “in a way, the students who went back to campus are [being] put under house arrest.”

“A lot more people got tested this week, and the number of cases declined, yet the school still decided to delay in-person activities…

It sort of seems like the school officials don’t have a clear set of guidelines to determine when the facilities should be reopened.”

Campus Reform reached out to UC-Berkeley for comment but did not receive a response.