The Chinese government has decided to ban BBC World News from airing all content in China after it found the British news organization “infringed on the principles of truthfulness and impartiality in journalism.”

State-run media CGTN published a statement from the State Administration of Radio, Film, and Television on their Weibo account detailing the rules BBC violated and how it “has been barred from airing in China.”

It is stipulated that it violates the requirement of truthfulness and fairness in news, harms China’s national interests, undermines Chinese national unity, and does not meet the conditions for overseas channels to land in China. The State Administration of Radio and Television does not allow BBC World News to continue to land in China, and it is new One-year landing applications will not be accepted.

BBC World News has been barred from airing in China, the National Radio and Television Administration (NRTA) announced, saying some BBC’s reports on China infringed the principles of truthfulness and impartiality in journalism.

What appears to be developing is a tit-for-tat dispute after Britain’s Ofcom revoked the license of CGTN, the English-language sister channel of state broadcaster CCTV last week, according to Reuters. 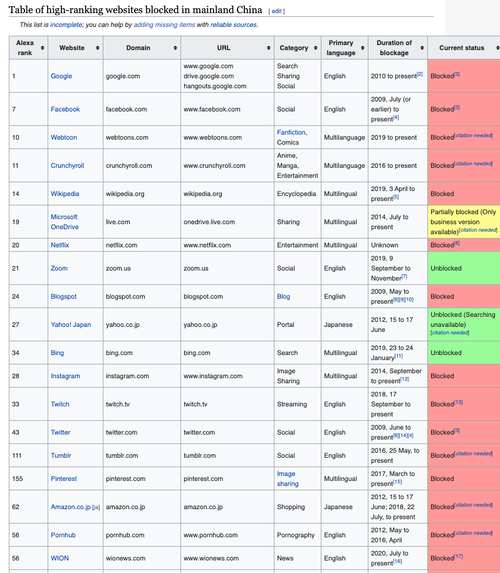 The BBC has published many “exclusive reports” on Xinjiang and Hong Kong, which are all false. I highly suspect that the BBC has been closely instigated by the intelligence agencies of the US and the UK. It has become a bastion of the Western public opinion war against China.

Like many Western media outlets, the BBC joins a long list of blocked news sites, suggesting the power struggle between China and the western world continue to flare up, even though Biden’s in the White House.