Fed Chair Powell underscored the Fed’s commitment to reducing unemployment to multi-decade lows, where it stood before the pandemic, while signaling little concern about the risk of potentially high inflation or financial market instability.

Powell stressed in his prepared remarks the job market was far from fully recovered and that the Fed isn’t considering any increase  in its benchmark short-term interest rate from its current level near zero. He did not refer to the surging stock market or to recent signs of market froth, like the explosive volatility in the prices of GameStop and other stocks targeted by ordinary day traders.

“Despite the surprising speed of recovery early on, we are still very far from a strong labor market whose benefits are broadly shared,” Powell said.

Powell reiterated his view that “a patiently accommodative monetary-policy stance” will be an important factor in returning the economy to a healthy state in which workers — particularly low-income ones — can find jobs. That means the Fed is likely to refrain from raising interest rates or reducing the pace of its bond purchases for the foreseeable future.

The Fed chief also repeated his call for more fiscal support for the economy, saying that monetary policy alone won’t be enough to restore the labor market to full strength.

“It will require a society-wide commitment, with contributions from across government and the private sector,”

We look forward to the Q&A now for actual interesting comments.

However, he continues to get a reprieve as inflation – according to official measures – is all under control and not suggesting any over-heating. As BofA noted today:

Overall, there was a lot of negative noise in core CPI which we would recommend partially fading. Stickier inflation improved on the margin with healthcare surprising to the upside, but there may be some noise here as well and rents remained muted. We continue to believe that a sustained rise in inflation back to target will take time, likely being achieved by the end of 2022.

All of which means the likelihood that Powell says anything even remotely hawkish (or the least bit non-dovish) is as low as ever and his previous statement still holds firm:

However, the market is intensely focused on rates. As Dan Loeb wrote in his latest investor letter:

We are focused on interest rates, which will help define how and what type of assets “work” at the margin going  forward.

The interaction between US nominal yield, the US real rate, and the effective difference  between the two (e.g. inflation expectations) is our focus.

Consensus is strong that,it will remain subdued given the high slack in the labor market but, if this is incorrect, the Fed  will  hike rates more quickly, shocking markets and challenging the recovery.

Additionally, as we detailed earlier, for investors banking on continuing massive stimulus, what unexpectedly lies ahead may not be the same as the road we have been traveling…

The coming financial plumbing problems are just starting to percolate. The Treasury has no choice but to limit debt issuance and reduce its cash balances.

Bottom line: short term interest rates are likely to go negative. That is unless the Fed takes action.

The Fed has been crystal clear they do not want negative rates. They prefer the Fed Funds rate to stay within its current target of 0.00-0.25%.

Below are four ways the Fed can drain liquidity in the money markets to offset the Treasury/Fed actions and try to keep rates positive:

The four operations above, or anything else they dream up, reduce liquidity. Any reduction of liquidity is ipso facto tightening.

And, as unlikely as it may be, Powell may just hint at that today, or be forced to address it during the Q&A.

If he does… brace! 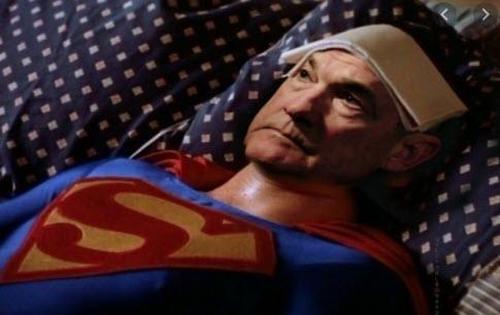 We expect that Powell will rattle-off familiar lines about a cautious near-term outlook, the need for further fiscal support, how it is appropriate to keep monetary policy accommodative for the foreseeable future, etc, but the market may be focused on his inflation views in light of some recent criticism by notable commentators (former Treasury Secretary Summers), who warn that President Biden’s proposed fiscal package might risk stoking unwanted inflationary pressures.

Powell will likely emphasize that the conversation about normalization is premature at this stage given the amount of support that the economy still requires.

The extent to which Powell talks about the tools the Fed could use to manage higher yields (a function of higher inflation and inflation expectations) will be telling; some analysts expect Powell and Co to resume talking about tools like weighted average maturity extensions of asset purchases, and even a potential Yield Curve Target when it wants to keep the yield rise in check (the proverbial sticks the Fed could use to whack the market back in line with its guidance).