Trump Will Never Be Allowed Back On Twitter, CFO Confirms

Trump Will Never Be Allowed Back On Twitter, CFO Confirms

Former US President Donald Trump will never be allowed to have a Twitter account again after his @realdonaldtrump handle was banned, Twitter CFO Ned Segal confirmed on Wednesday. 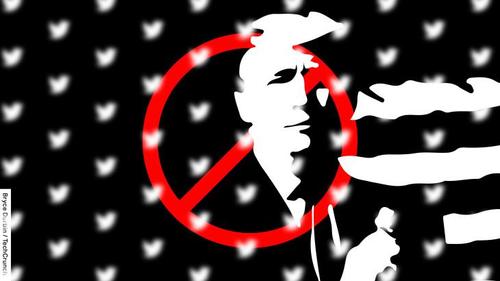 Segal stated during a CNBC interview following their earnings release:

Twitter CFO Ned Segal says former President Trump will never be allowed back on the platform:

As a reminder, Twitter permanently suspended Trump’s account on January 9, in the aftermath of the January 6 riots on Capitol Hill, for inciting violence.

Which leaves with a question – if the Senate finds Trump not-guilty of the impeachable offense of “inciting insurrection”, then will Twitter abide by that ruling and allow Trump back on? (We know the answer, obviously).

Additionally, Twitter CEO Jack Dorsey said last night, during the first earnings call since Trump’s ban that the social media giant is “bigger than any one account.”